Alex Rea: My time on EVS 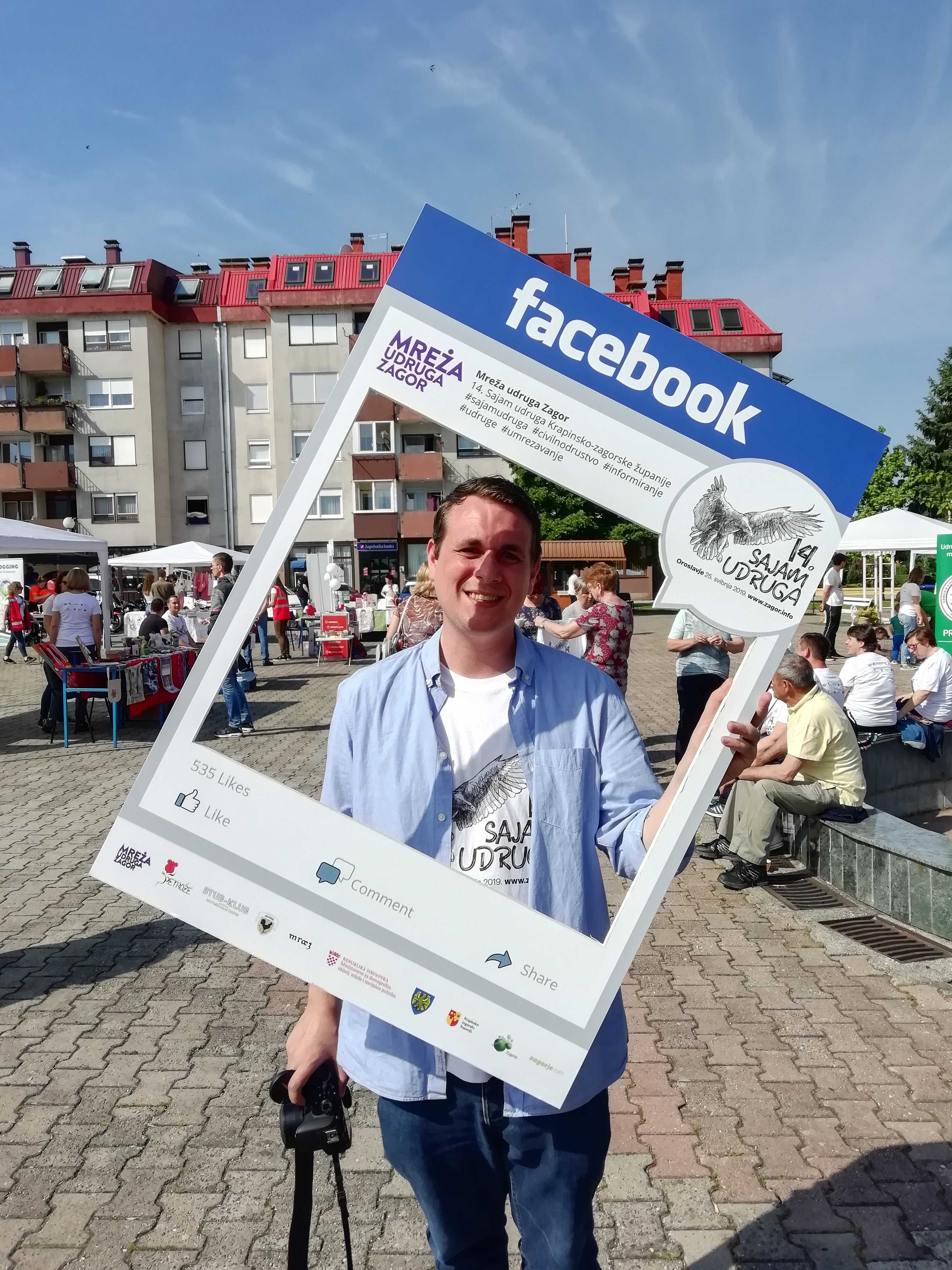 Alex Rea: My time on EVS

I have devised this as a list of 9 things that I have done on my EVS that have been most important to me. I hope that this list can be of use to people in the future to help to inform them of the kinds of experiences that I have had in the first 4 months of living abroad as a volunteer.

I am currently volunteering for an Mreza udruga Zagor in Zabok, a small town in Zagreb. The main outline of the project is to install 2 volunteers to the local community with a view to promoting the organisation via media and introducing new people to the activities that are available to them in their local area.

One of the first actions that I have been involved in has been recording the process of democracy in the youth. The idea of the youth elections is to give young people an idea of how democracy works. Young people under the age of 30 met in Pregrada, Klanjec and Zabok respectively to plan how to spend a specific allotment of money. Groups of you people then plan and present their ideas to the rest of the group, including local officials and get to work promoting their ideas. A day is designed to hold the elections and a winner is chosen.

In a country where a lot of the local youth are unaware of the fact that they have a voice that can be heard by the government, there a lot of cases where people feel that they have little choice other than to seek employment elsewhere, it is very refreshing to see that a new generation is being given the tools to forge their own future and work to understanding that the political climate can only change when people stand together.

I found that being involved in this process gave me a great start to understanding the Krapina-Zagorje locality and how the local area looks. It also meant that I was informed about issues that are common and what the local youth want in terms of entertainment.

My involvement in this project has been to document the process through to the activity. This process is still ongoing as there are still 2 of the winning activities to be held which I will be videoing when they happen and then I will edit out a short video that shows this process in action.

The #Alarmirajse project is a campaign that targets bullying and harassment between young people. There were a series of workshops held during the time when I initially began to work for the organisation, these included filmmaking, photography and production of a jingle. All of these workshops used creative mediums to promote the #Alarmirajse motif and the heavy objective of the initiative.

My involvement in the project was to video each of these workshops and use the footage to showcase the activities that had taken place over the course of the project. I also used the footage to create a video that could go along with the jingle that was made in the music production workshop. For me, this was the first real thing that I could do to assist the organisation as part of my EVS, I felt as if I was contributing in giving an identity to Zagor in the medium of video, which is what seems to be missing somewhat and heavily emphasised in the description of the role that I read prior to applying to be part of Zagor.

What I found most interesting, and quite a learning experience for me, was how there can be interesting topics linked to important messages. Each set of attendees at the each of the workshops were there to learn a practical skill, such as photography but the overall message was to support the #Alarmirajse project.

The majority of information fairs that we have attended have been hosted by other non-government organisations (NGOs) that are partnered with, or close to, Zagor in one way or another. These fairs can be hosted by longstanding partners of the organisation or new organisations, with a view to being a networking opportunity for the either spreading awareness of certain issues or working together in the future to achieve a common goal.

I have found that attending these fairs has been useful to understand the other kinds of NGOs that work in Croatia and how involvement in these activities can lead to beneficial partnerships in the future.

Unlike the previously mentioned fairs, 14. Sajam is specifically ran by the organisation that I work for and was the biggest one that I have attended so far. The day meant that we assisted in setting up booths and refreshments for the attendees, handing out t-shirts to each of the organisations and for me specifically, photographing the event.

One of the big draws of the event was that there was a large stage where local people could showcase their musical talents but also a talent show for children that meant rather than just being a networking event, it was also a day for the local community to enjoy live music with their families in the sun.

I enjoyed the manual aspects of the day, such as assisting in setting up tables and chairs and packing away everything at the end. I also met new people who are involved in volunteering for this organisation as well as seeing people from other organisations that I had met previously during other projects.

All in all, I would say that the day was successful and it was interesting to see how an event of such a large scale was delivered.

I found it really helpful to be given footage to edit creatively by Regenerator, a local venue for music. The footage was all collected during a music festival and was a great opportunity for me to hone my editing skills further and work with footage that I had not collected myself. I was asked to complete this work outside of my EVS service in my free time.

The process involved liaising with the contact who required the video. This meant that I had find out what direction the video should go in, what music could be used without requiring a licence and the length it should be. In total I made a 4-minute video out of several hours’ worth of footage.

The video was completed to a high standard with all parties happy with the outcome and meant that I had been able to offer up my service outside of the organisation that I work for but within the community that I live in.

By way of a sort of introduction, one of my first projects was to create a video about ourselves. This is something that in one way or another I have had to do several times in my life, for example, to give a presentation about myself to the patients of a practice I managed staff of or, when attending a video production course at college and university. Because I had felt I had already done this too many times to find any benefit from it I decided instead to make a video that focussed more on where I had spent the last 28 years of my life, my home city.

I found this to be useful as it meant that I could explore issues in an engaging way to deliver my perspective of Newcastle in a structured and formal way. This was a great way to get back to using software and equipment that I had not used for some time but also to give some thought into producing a compelling structured dialogue about a specific topic. This has certainly led the way for me being more confident in my ability to produce videos for the organisation.

Since I have been working with Zagor I have been asked to create numerous materials for them to use as promotional materials. This has included things like; posters, flyers, postcards etc. In my view this has been really engaging work as I have been able to design work for my portfolio, relearn skills using image editing software that I had lost and also contribute to the needs of the organisation while also learning.

I would say that this is what EVS is about, each party gaining something from the time that I spend here, so if I am asked to produce a video or a poster, then I will learn a new skill, perhaps I will learn two new colours that go together or I will learn how to use a new piece of equipment and in doing so I create something for Zagor that is necessary to the organisation from their point of view in bringing or presenting themselves to young people in the area.

In the short time that I have been here I have already visited 2 different countries and explored parts of northern Croatia. I have plans to visit more countries and also see the south of the country. I have also been fortunate to learn about the history of the county and gather opinions of people who live and work in Croatia.

I have also seen and explored a lot of countryside in the area and in doing so had the opportunity to use my camera to gather photos and try and improve this skill.

I have also been given a good opportunity to learn some phrases and word in Croatian, though I’m so good at this yet, hopefully in another few months I will be able to improve this even further.

I attended a week long workshop in Donja Stubica where I was given the tools and training to create a birdhouse and feeder. I found this to be really interesting and it was pleasant to be outside creating something with my own hands. It was also a nice opportunity to meet new people.

The work involved measuring wood into the correct sizes and cutting, sanding down rough edges, nailing parts into place and painting the structure once it was complete. The intention is to hang the birdboxes/feeders in nature in local areas. 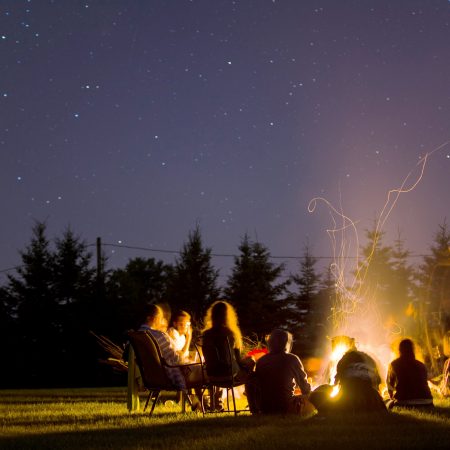 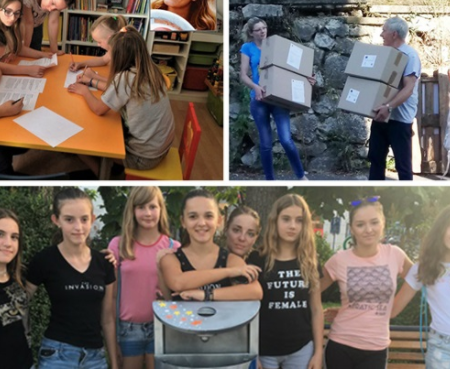 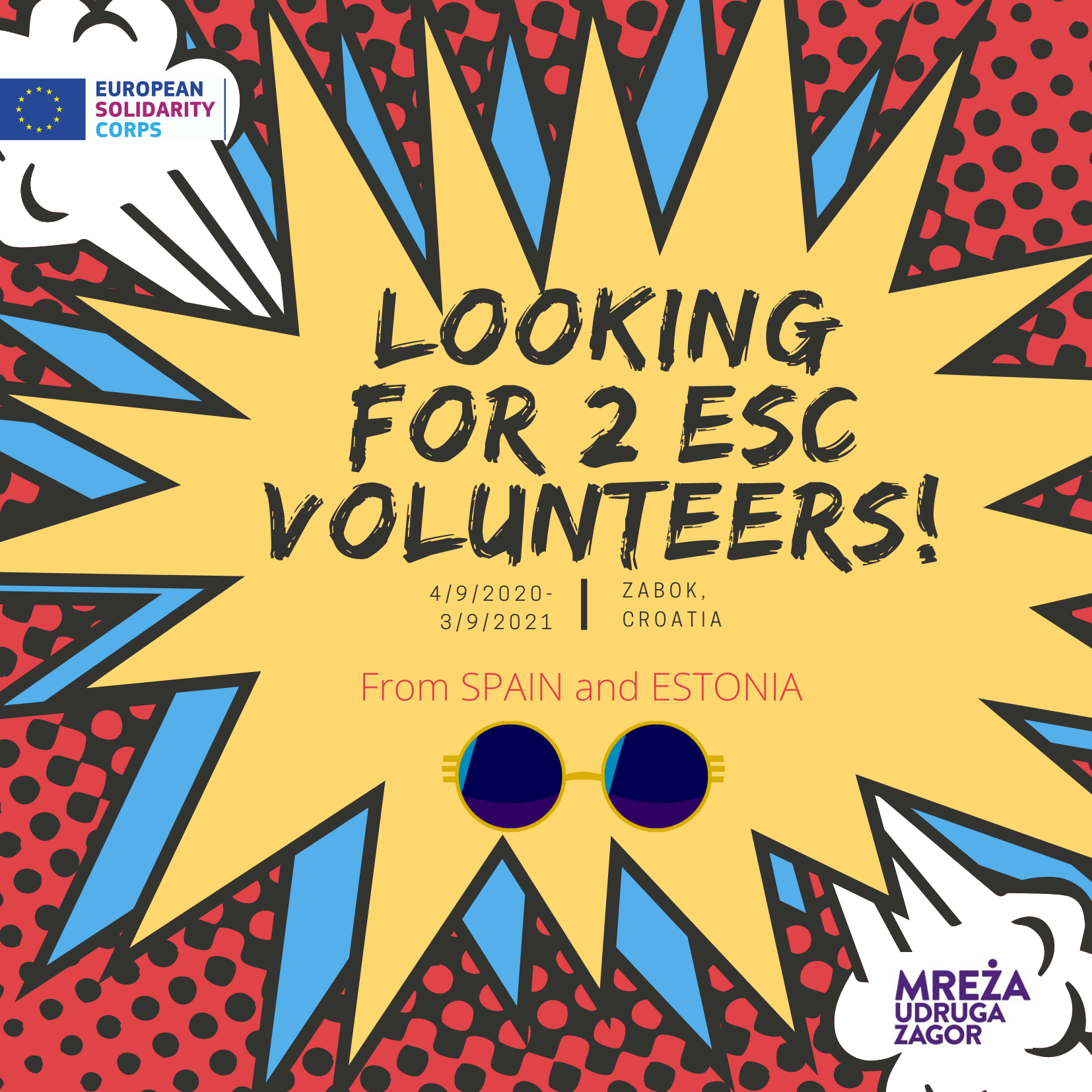 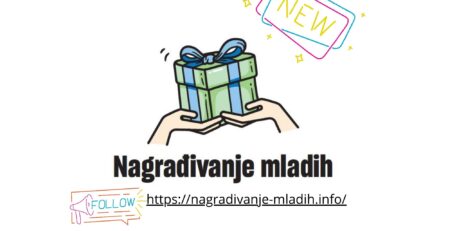 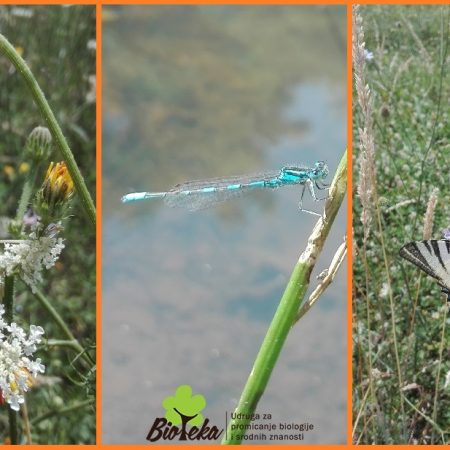 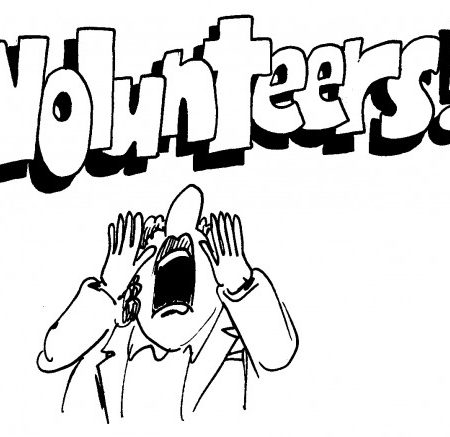